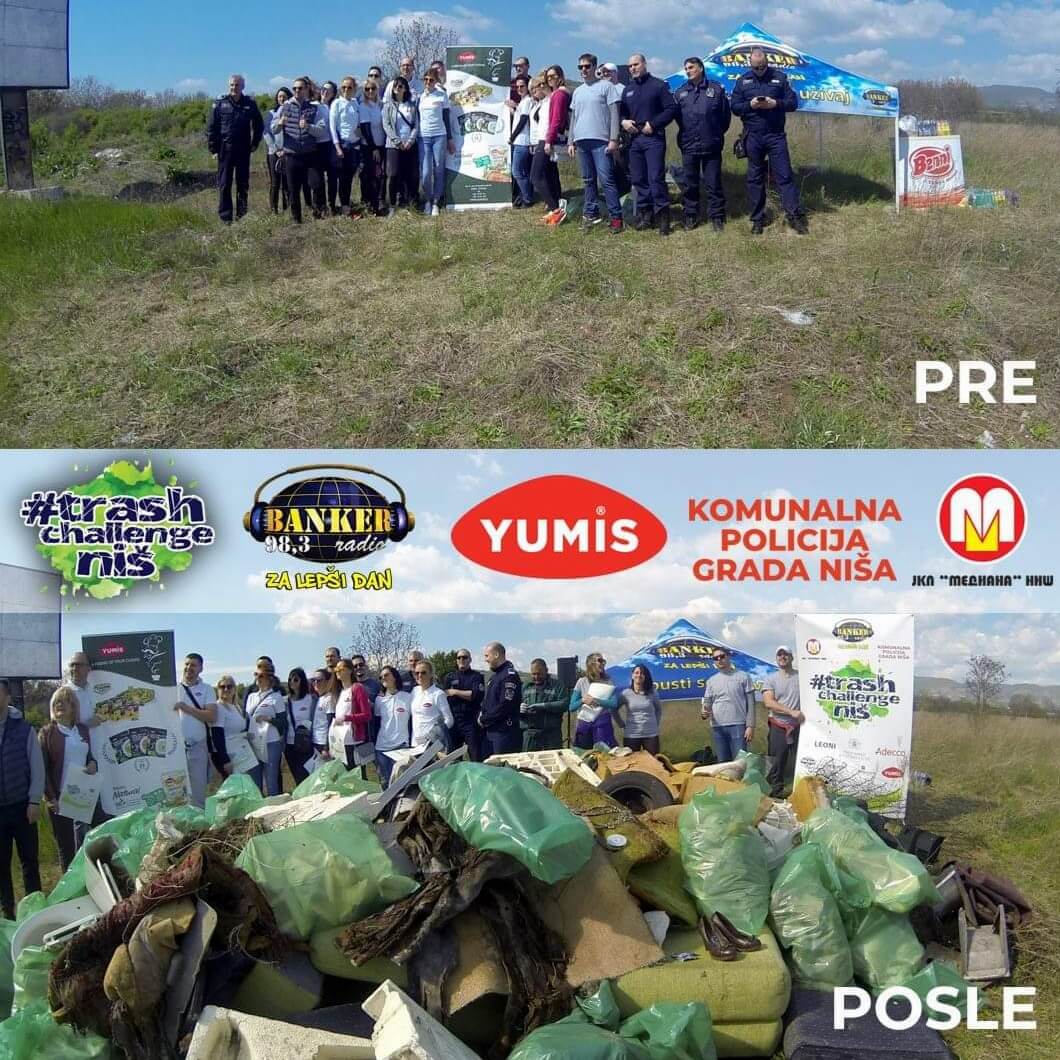 In the beginning of spring, Yumis is one of the many challenged companies, by Banker radio, who gladly accepted the challenge of cleaning the city! There’s a lot of garbage all over the green surfaces in the city. Yumis employees participated in the action, and within a few hours, two garbage trucks were collected on Sombor Boulevard in Niš. With this action, we primarily want to send a message to fellow citizens that they have to guard their city and awaken the awareness among those who t unscrupulously throw garbage in the city. The action was carried out successfully and we hope that there will be more of them and that an even larger number of citizens will join it.