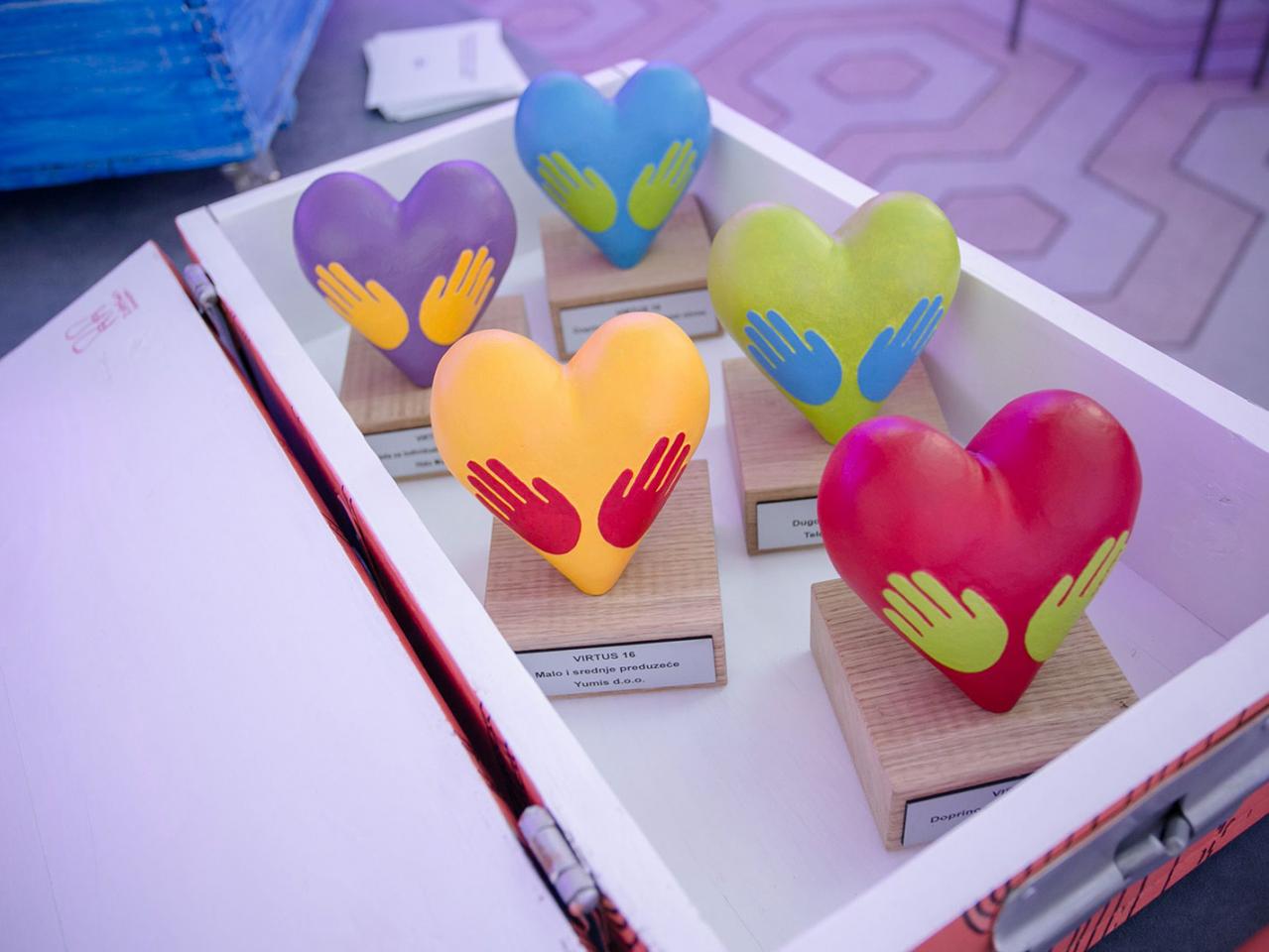 “Trag foundation” presented the award for philanthropy Virtus company “Hemofarm”, “KPMG”, “YUMIS”, “Telekom Serbia” and “Ringier Axel Springer”. Every January “Trag Foundation” recognizes the most prominent donors, individuals and benefactors who have proven the nobility, as well as companies who are champions of social responsibility. Award for Small and Medium Enterprise received the company “YUMIS” from Nis to the financial support of sports associations and various events. The company donated goods to various associations and organized and professional internships for high school students and university students. The winners decided by an independent jury consisting of prominent individuals and experts from the state administration, economy and media. This year came the 74 nominations in five categories, and all decisions were unanimous jury. Virtus Award, first prize for philanthropy in Serbia, has been awarded since 2007 in cooperation with the EU, the Balkan Trust for Democracy, USAID, the Rockefeller Brothers Fund and the Foundation T. S. Mot. The winners were presented awards Brnabić Ana, US Ambassador Kyle Scott and Deputy Head of the EU Delegation to Serbia Oskar Benedikt.